Going through my camera I remembered I was in Amsterdam a couple of months ago, and had forgot to post the pictures of my ride there.

First, a shot of a couple of house boats Dutch style.  Basically, with all the canals everywhere a fair few people are lucky enough to own mooring spots, and live in a variety of boats. 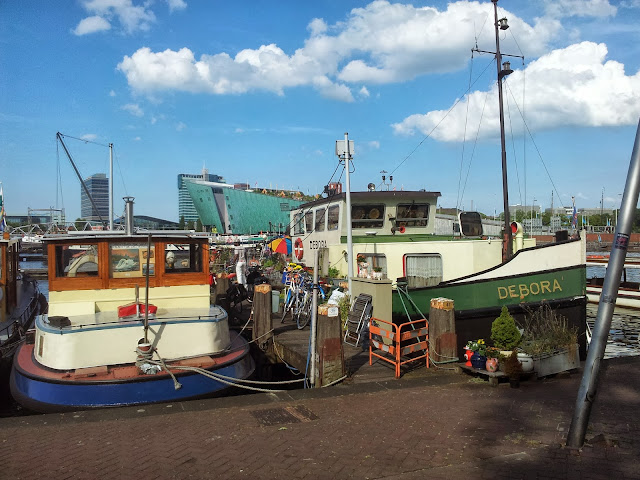 Here is one of the canals through Amsterdam, with lots of people enjoying the summer weather: 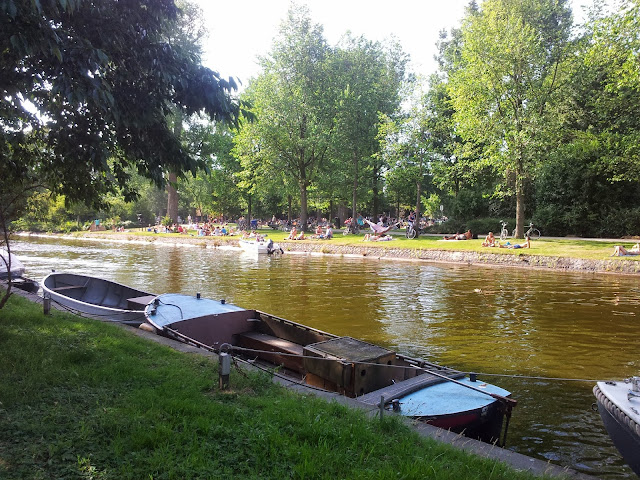 Here is the ferry across the waterway behind Amsterdam Centraal station, as usual with a lot of bikes on board.  If you want to get your car across, you have to go elsewhere; the ferries are only for pedestrians, cyclists and motorcyclists. 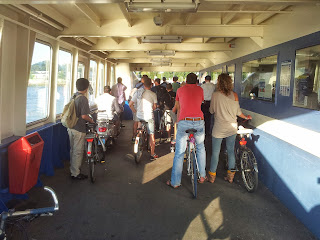 Here is the bike I hired to ride around for the evening.  The double top-tube is a fairly common Dutch design that is good for taller people, as it makes for a very stiff and strong frame.  The integral cargo shelf on the front is also very common. Like most Dutch bikes, the handle bars are swept back and high so that you can sit upright while riding, the chain is in a full chain case, and there are internal gears and brakes for low maintenance, as well as a stand that actually works. 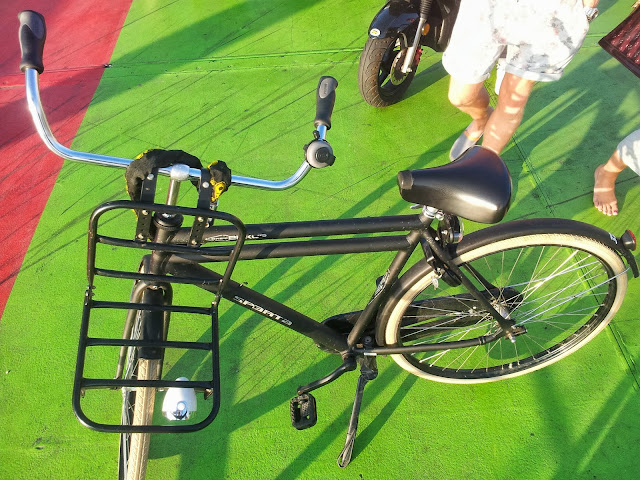 Here it is again next to a big old-style bakfiets with a 4x8 foot tray:

It was also fun to log my ride in Amsterdam on strava to surprise my friends who track my rides back here in Australia.

Actually, it has been quite fun using strava lately.  Partly, it is nice to get an idea of my week-by-week riding, but also because strava is usually used by more serious athletes on much faster bikes.  I have already had to log a support request because strava didn't support bikes over 20kg until I came along. They have now bumped that up to 200kg after I explained just how much stuff I cram in the bakfiets sometimes.  It is also nice to know that I have already climbed more than 2km since I have been logging rides there.  I'll do a proper blog post about it once I have a bit more data on there.