These days we often find ourselves riding past the Tapley's Hill Road side of the airport on our way home.  We like to stop and watch a few planes land and take off before continuing home.

We used to stop at the official plane spotting area near the southern end of the runway, but there really isn't a good bike path to get there, and Tapley's Hill Road is an 80km/hour zone and quite busy.

So now we ride in behind Harbour Town shopping centre, and push the bike up to the chain-link fence that marks the edge of the airport and watch from there.  The runway is a bit further away, but it is a nicer experience.  Also, Caleb is currently very interested in helicopters, and our spot is right next to the main helicopter part of the airport.   The chain-link fence causes more trouble for photos than it does for actually looking through.
Today we were in for a bit of a treat, as they were doing a bit of maintenance on the police and rescue helicopters, running the engines up for a few minutes each. 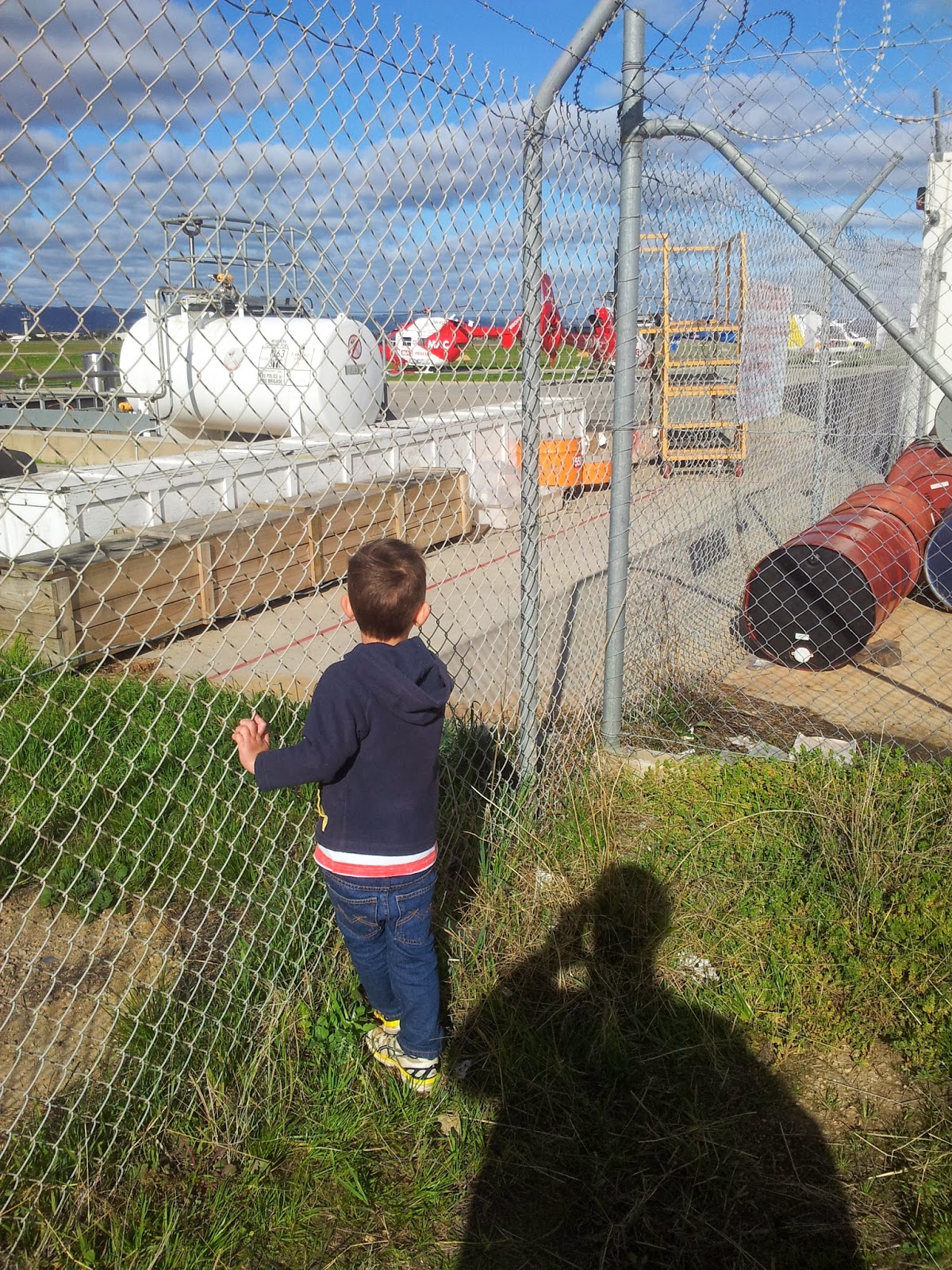 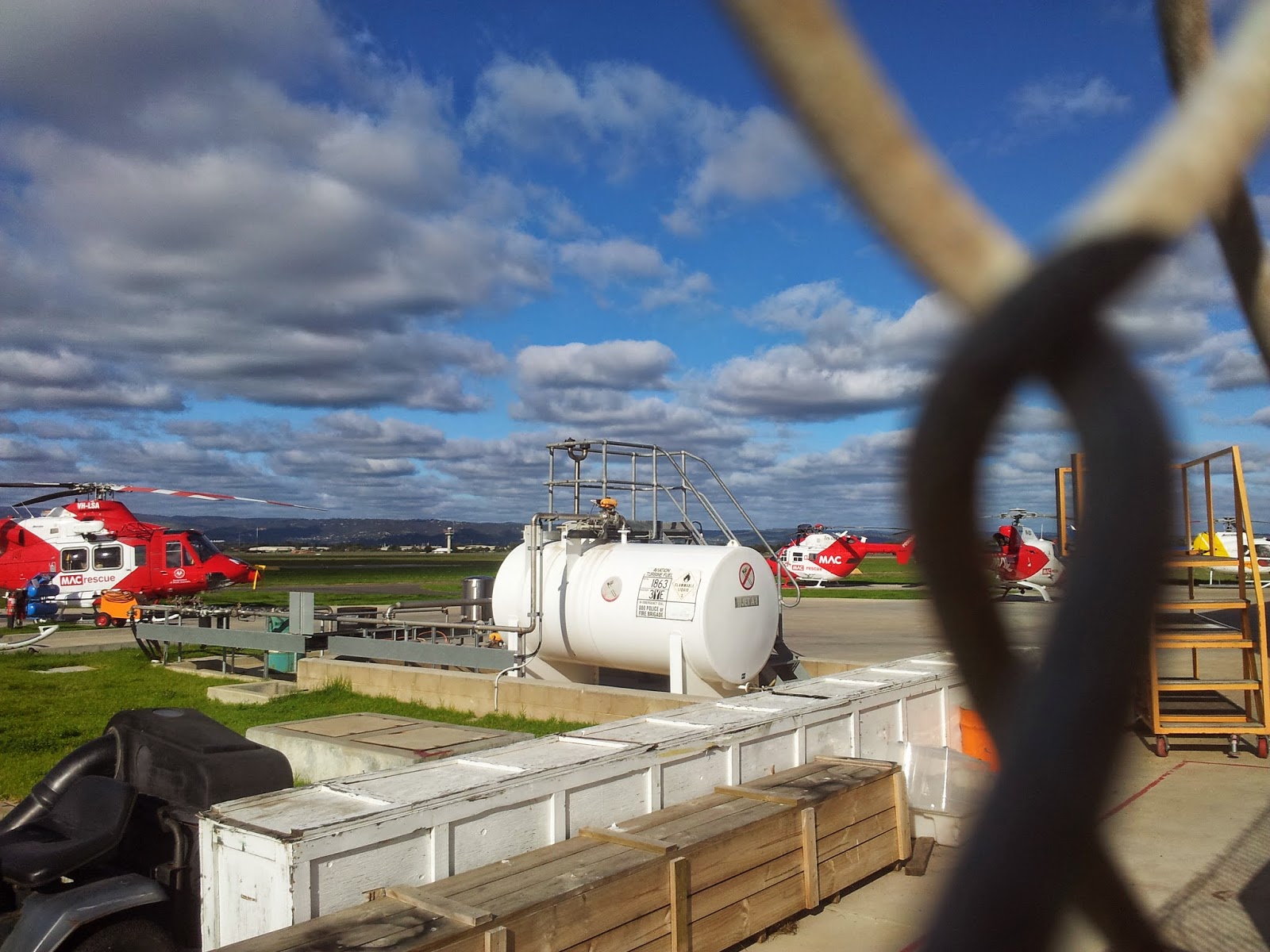 While this was happening, one of the crew came over and asked if we would like to come in and have a look once they finished doing the engine runs.  No objections were to be heard from our little people.

A few minutes later, we were given a tour of the different helicopters.  First, the Channel 7 TV helicopter: 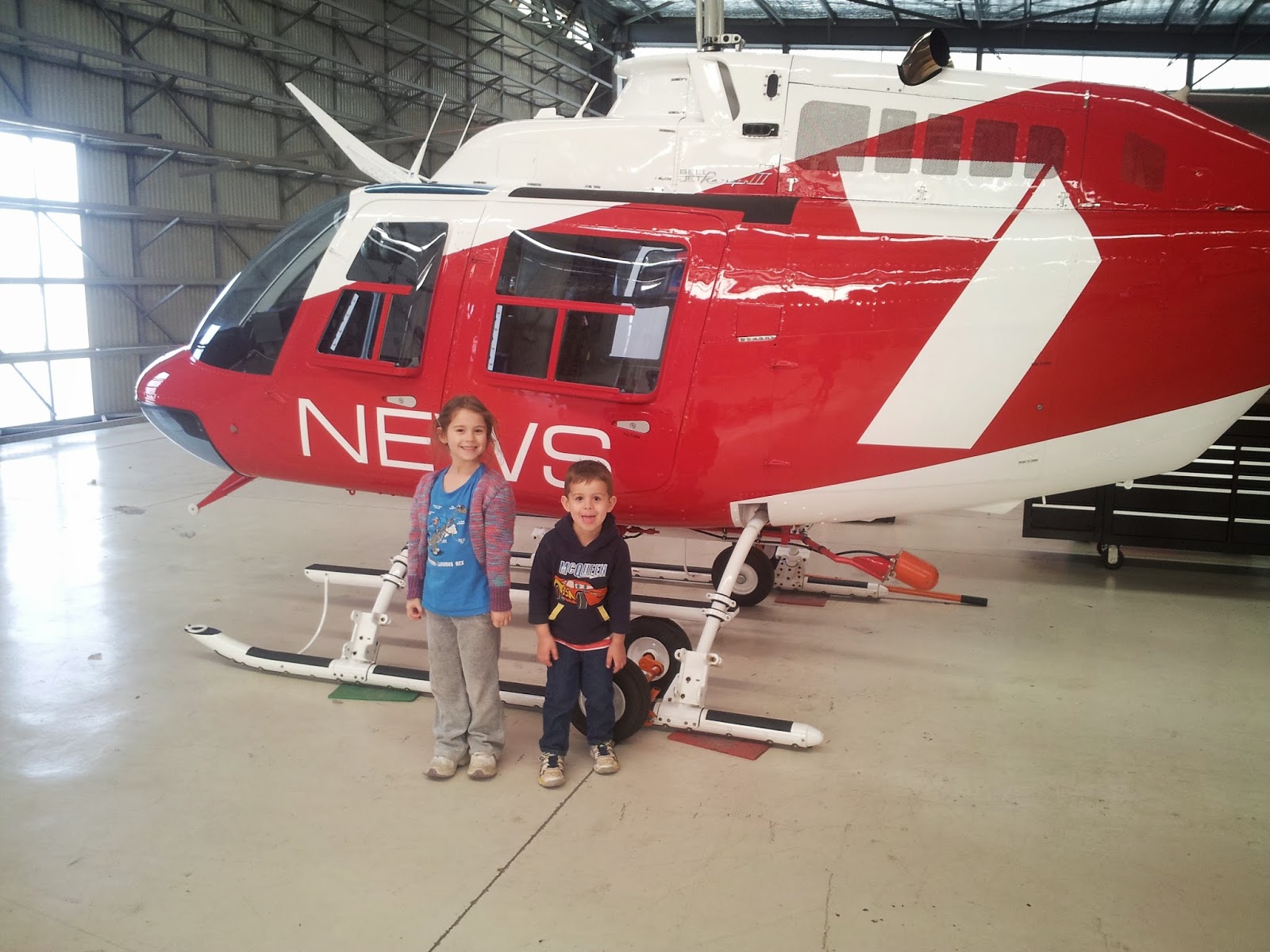 Caleb was asked to "smile properly", which resulted in the following shot: 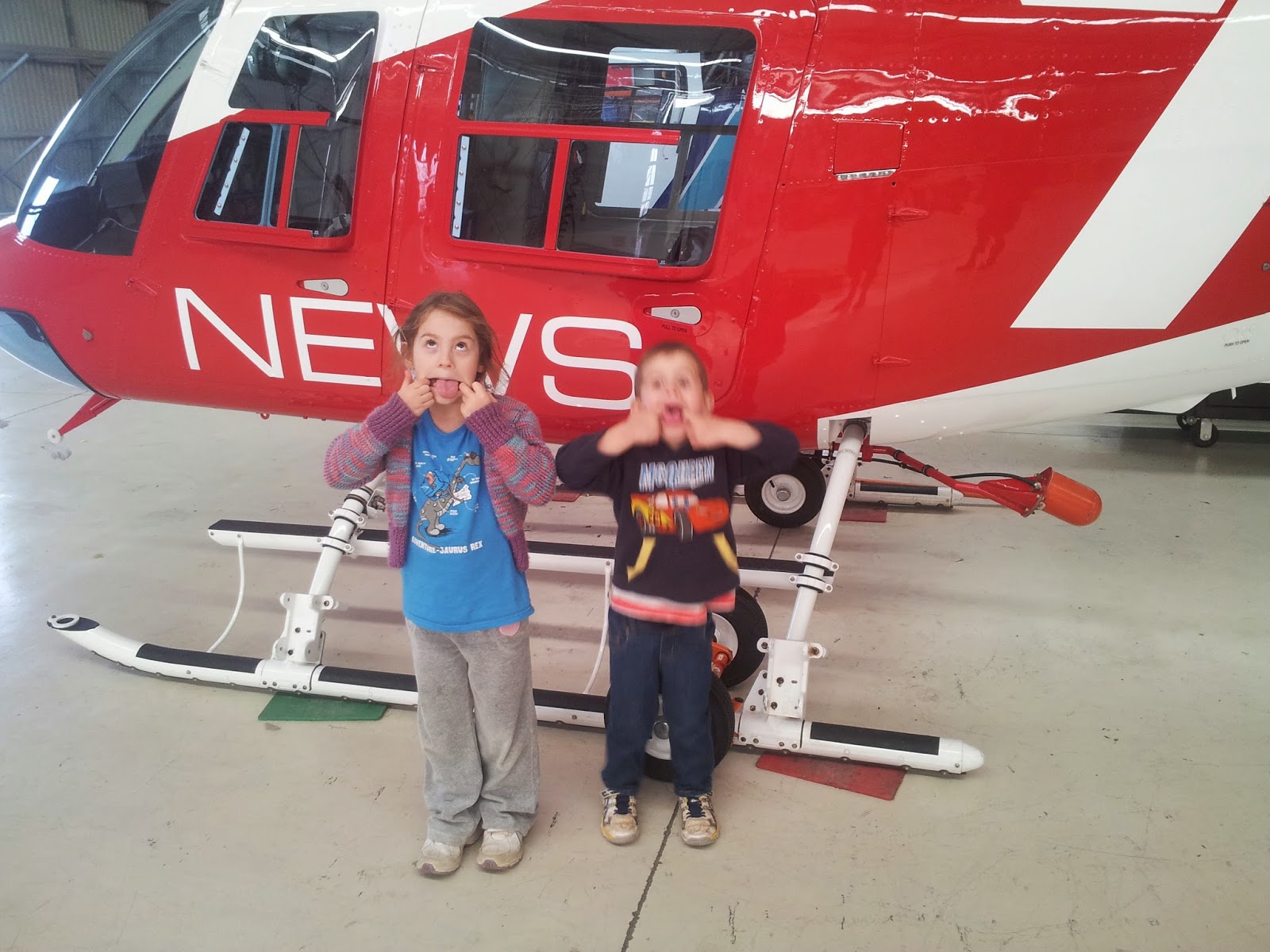 When then asked again to smile properly, and that this meant no fingers in the mouth, Caleb obliged with the following: 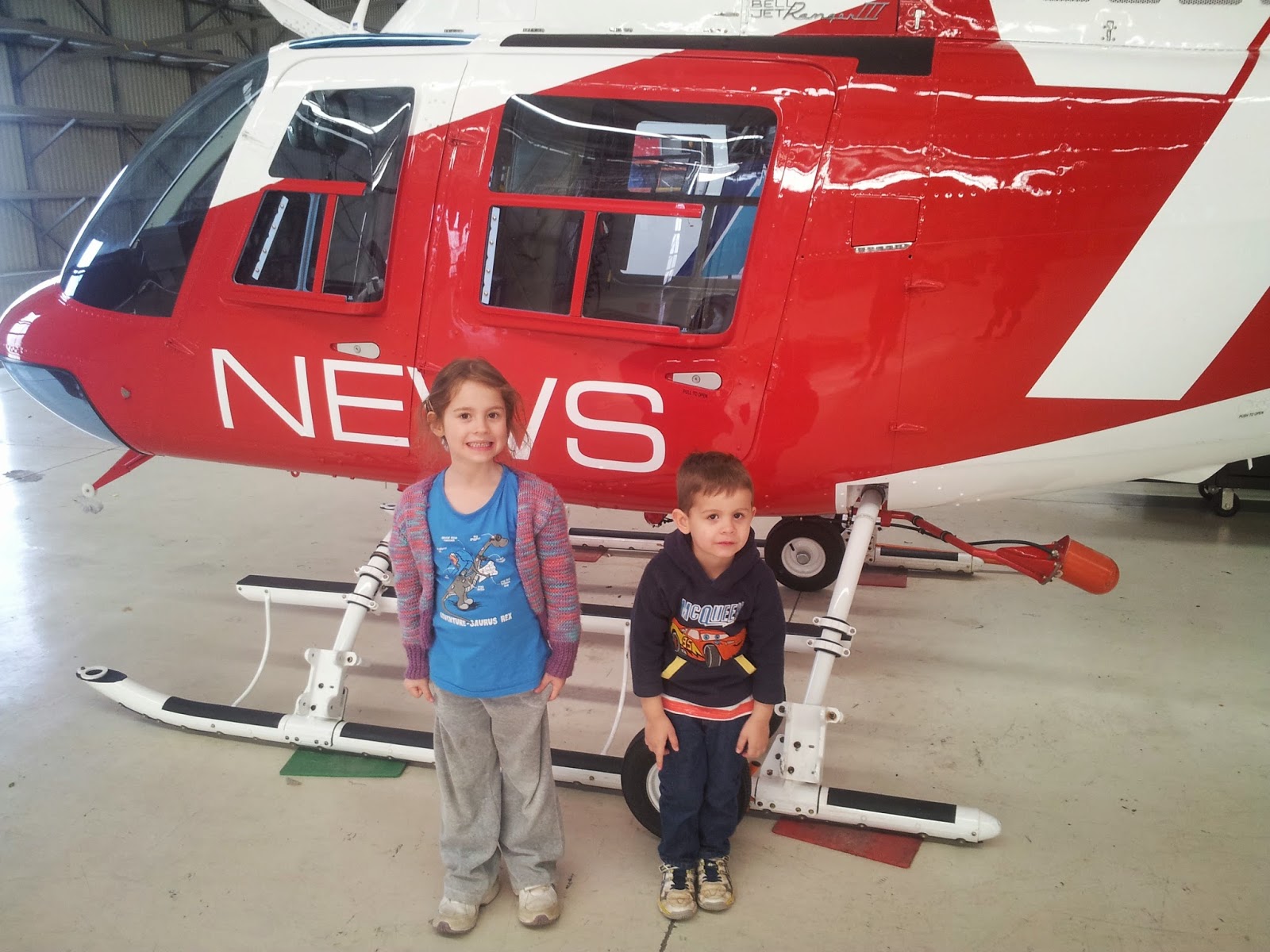 We then went outside and looked at the rescue helicopters.  The first one was the one that does double-duty as the Police helicopter.  The last time Caleb was asked if he would like to sit in an aircraft cockpit he was a little reluctant, but not this time. Isabel wasn't feeling brave enough, however. 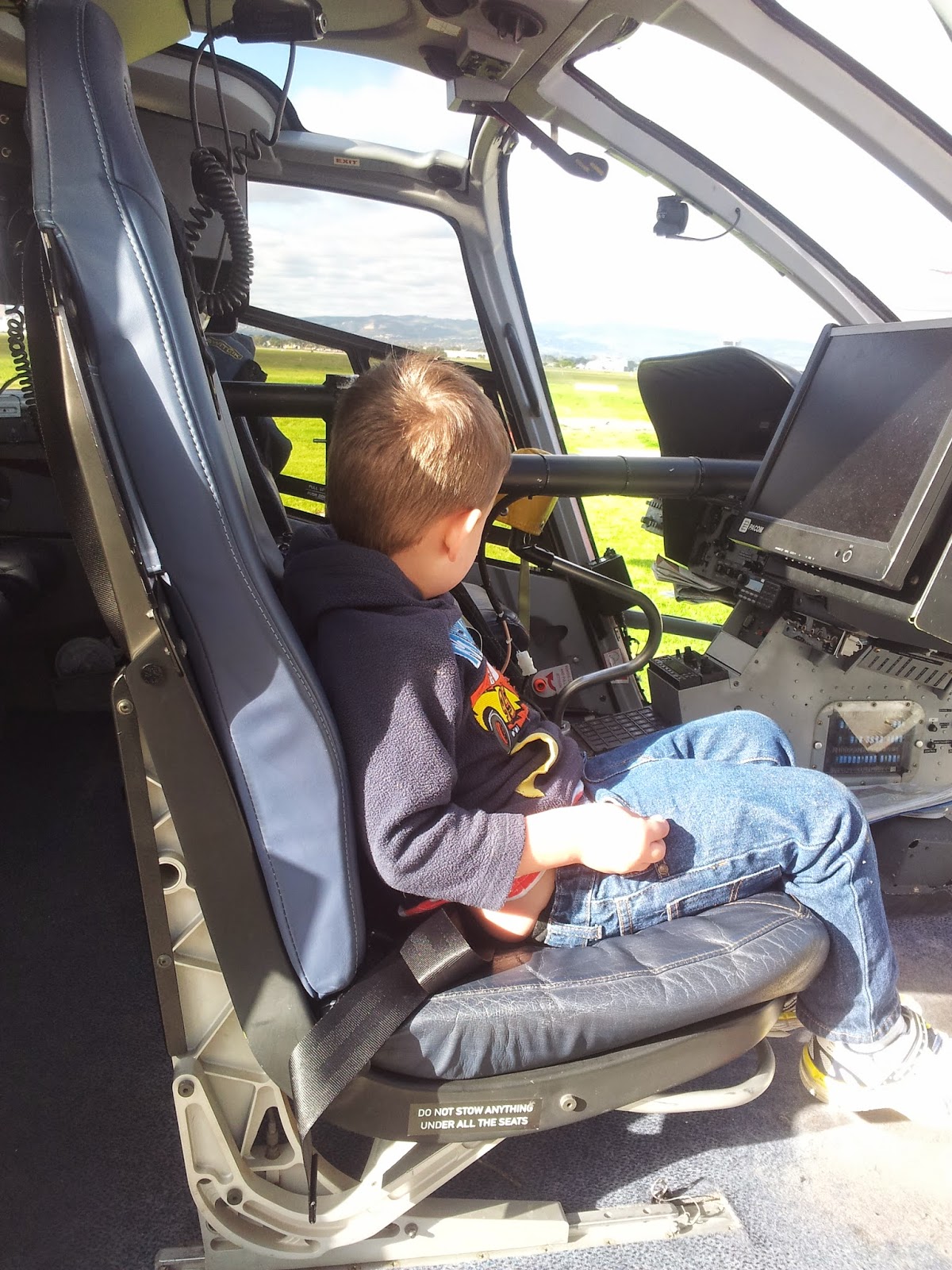 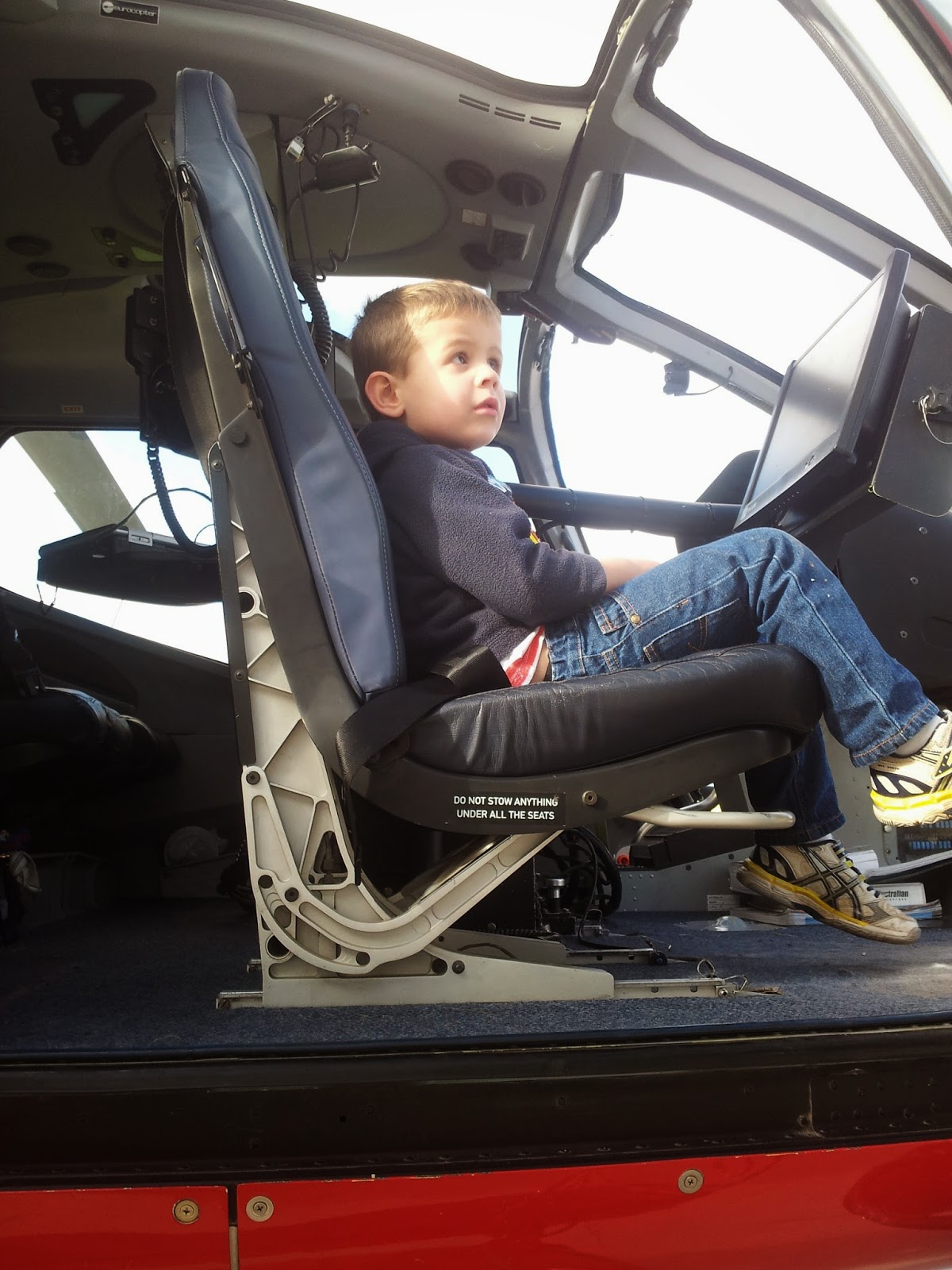 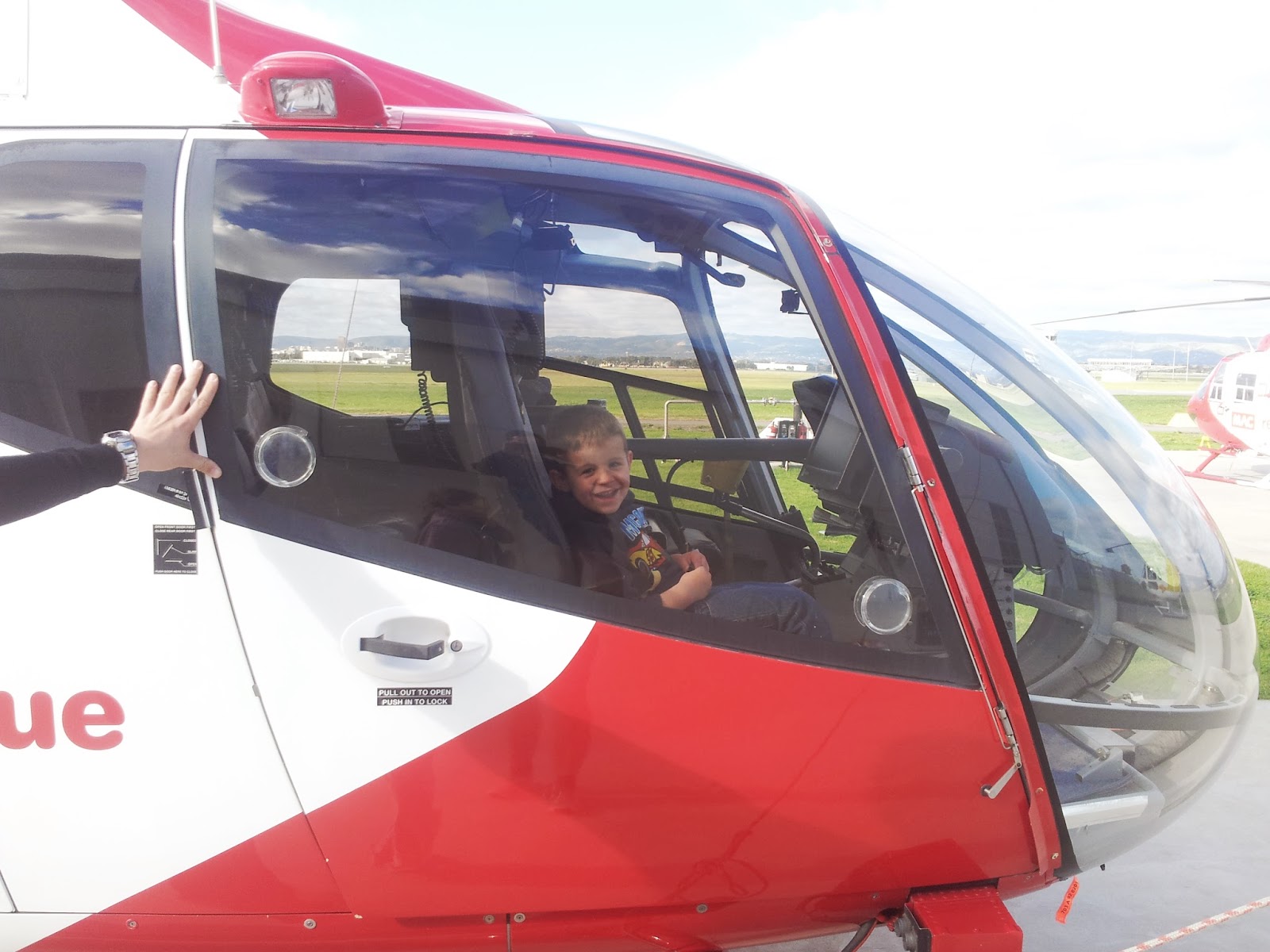 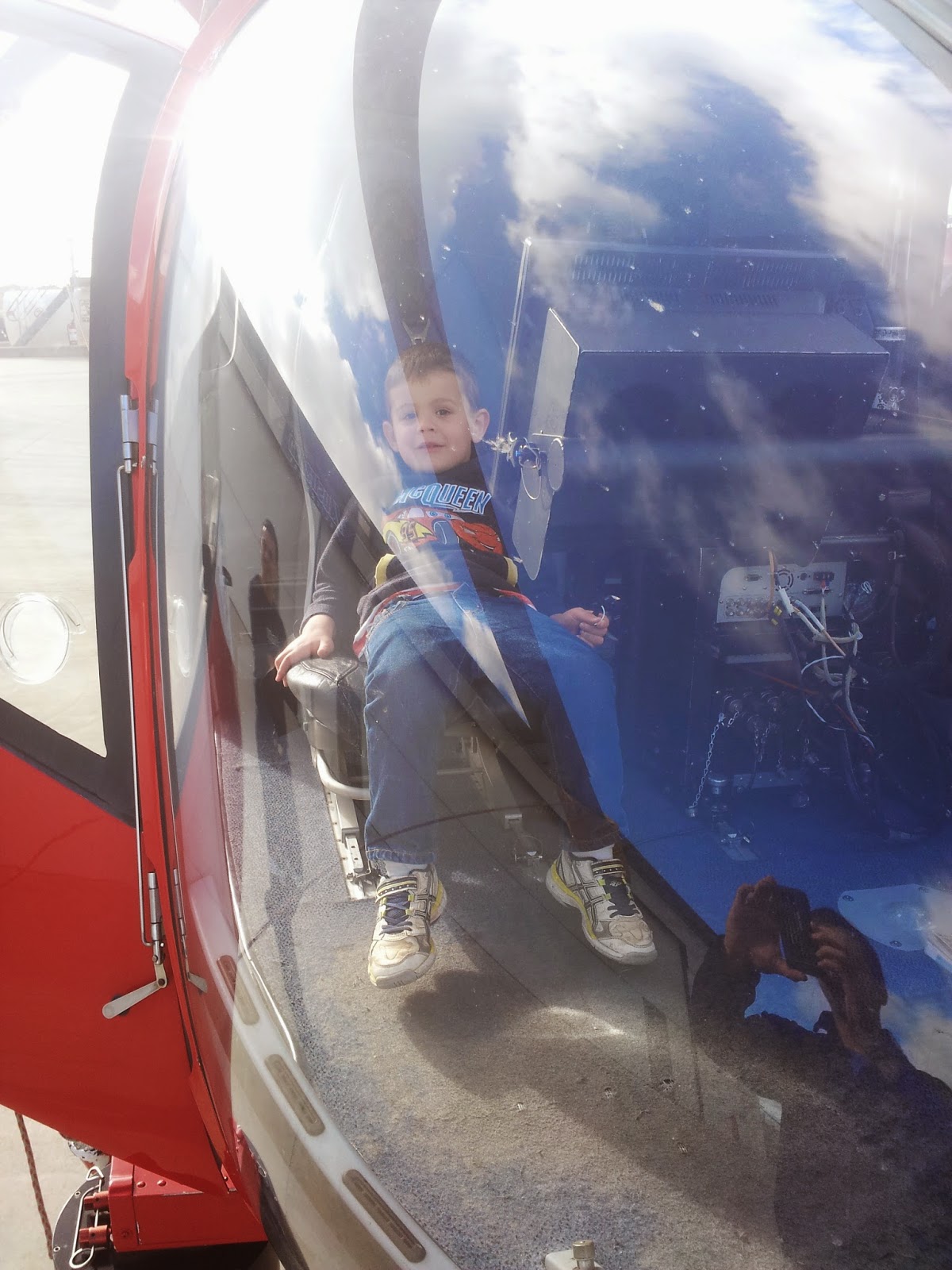 Then it was time for a look inside the rescue helicopter that is often used for medical transport, with space in the back for a stretcher: 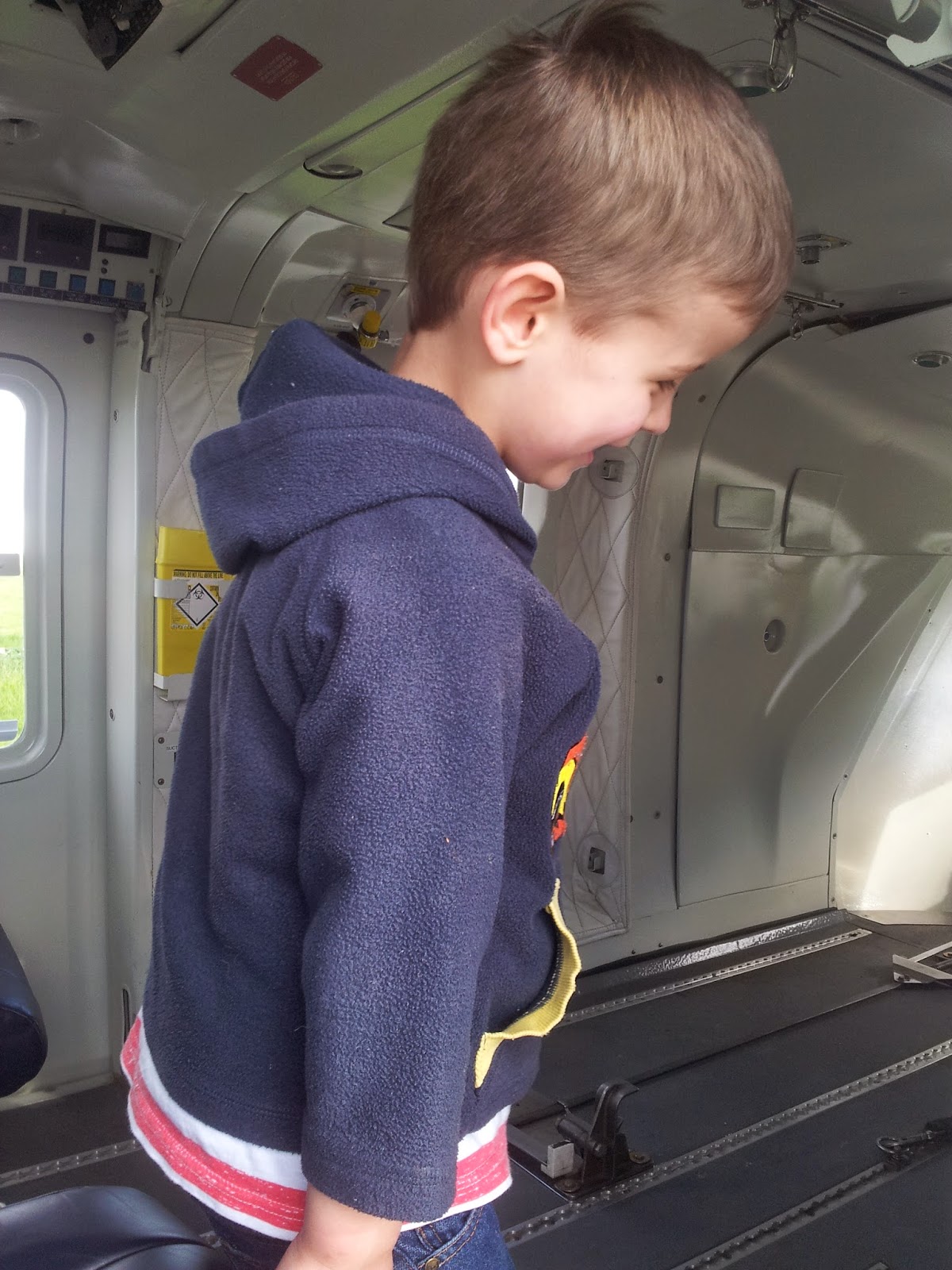 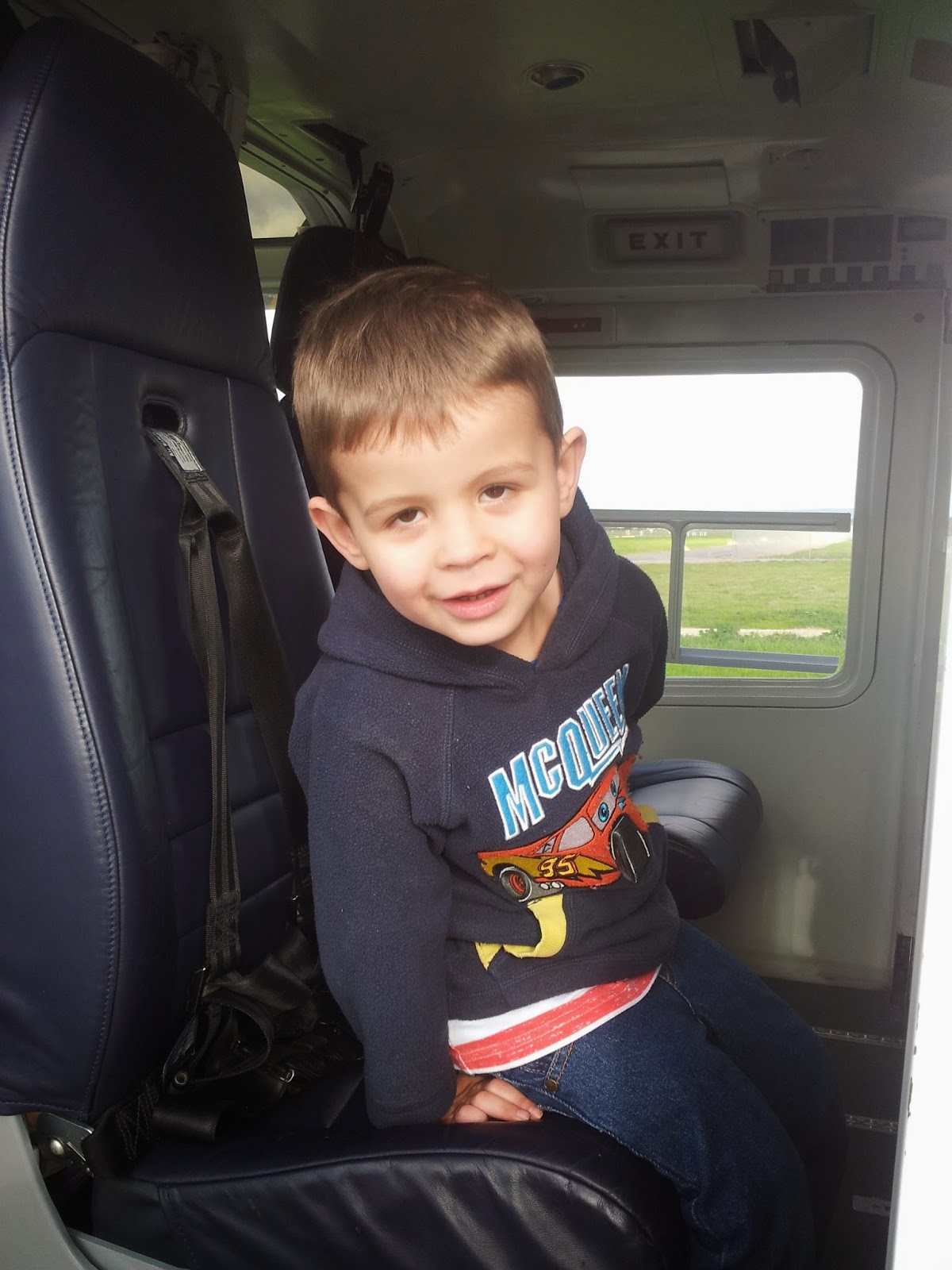 I did have to laugh at the "EXIT" signs over the side doors, as though one might go looking for an exit elsewhere, or that you could some how be so far from an exit that you would need help finding one.  Anyway, at that point the rescue helicopter equivalent of the Octo Alert sounded, and it was time for us to exit from our unexpected and exciting visit, and pedal our way back home.
Posted by Paul Gardner-Stephen at 1:12 AM