So this is the part where I basically disassemble the entire rear-end of the bike, just to replace the rear-rack and install the pedal sensor that tells the controller when to run the motor.

First step is to get the back wheel off the ground so that I can remove it: 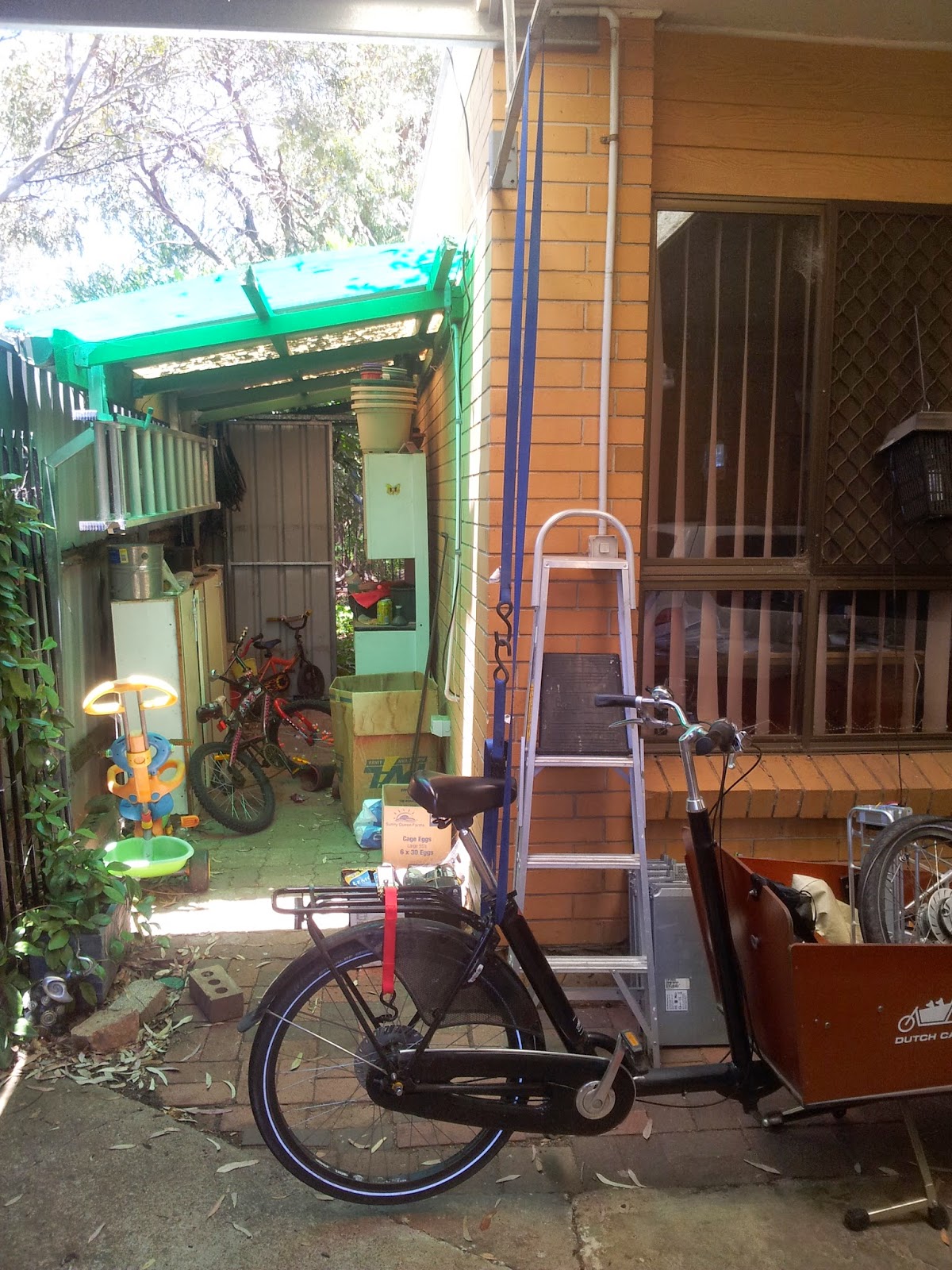 The reason that the wheel has to come out is so that I can take the mud-guard off, so that I can get to the two little lock-nuts between the mudguard and AXA lock.  Here is the bolt heads for these, which are easy to get to.  The hard to get to bit is also hard to take a picture of! Dropping the back wheel out is something that I have done before, and didn't pose too many problems.  Once you have done it once or twice you realise how not-too-hard it is -- it's just a bit more complex than on "regular" bikes. 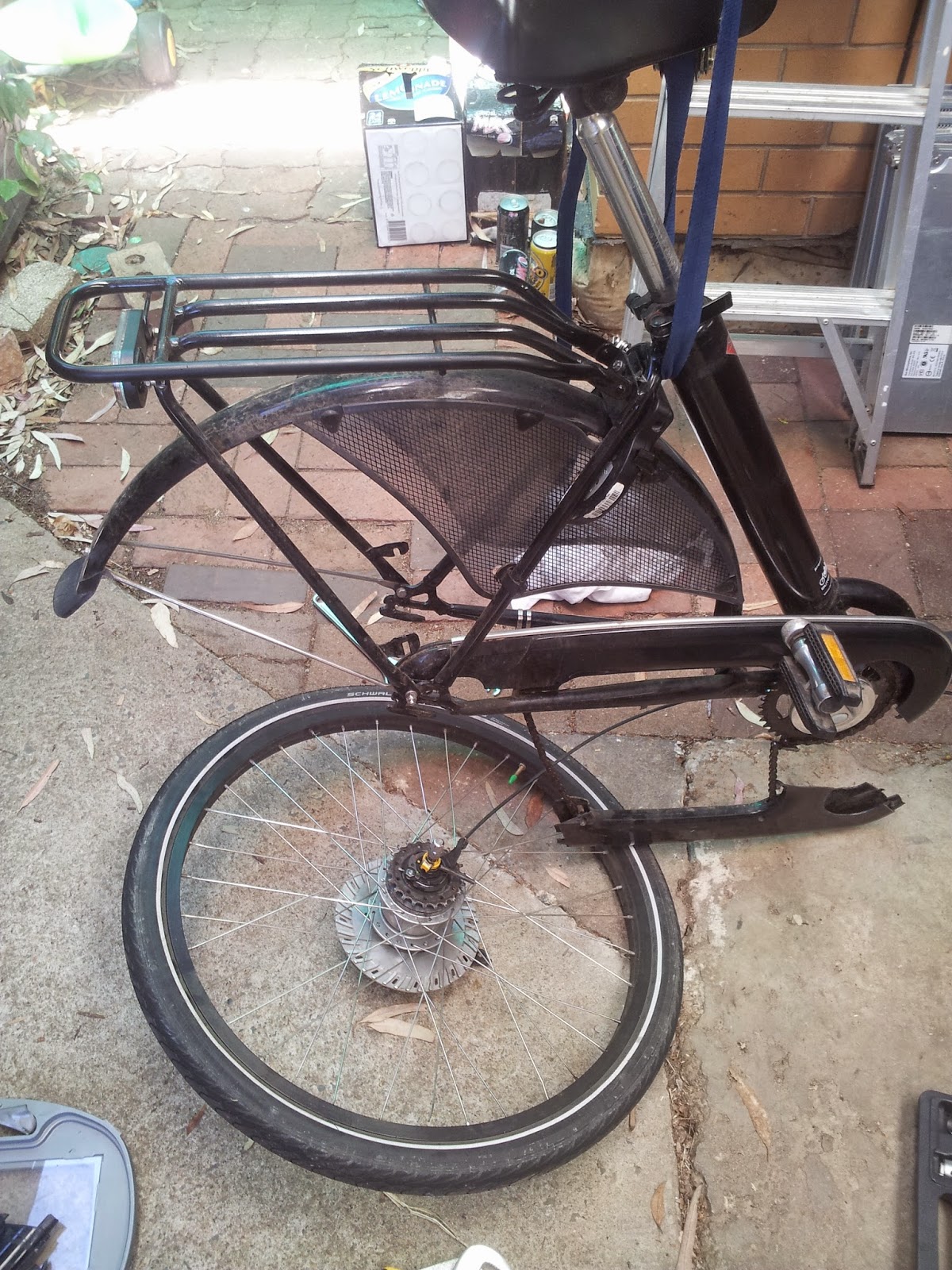 Here is the inside of the mud guard, and the little lock nut that holds it on.  This needs to come off, so that the mud-guard can come out, so that I can get to those really important lock-nuts that hold the old rack on: 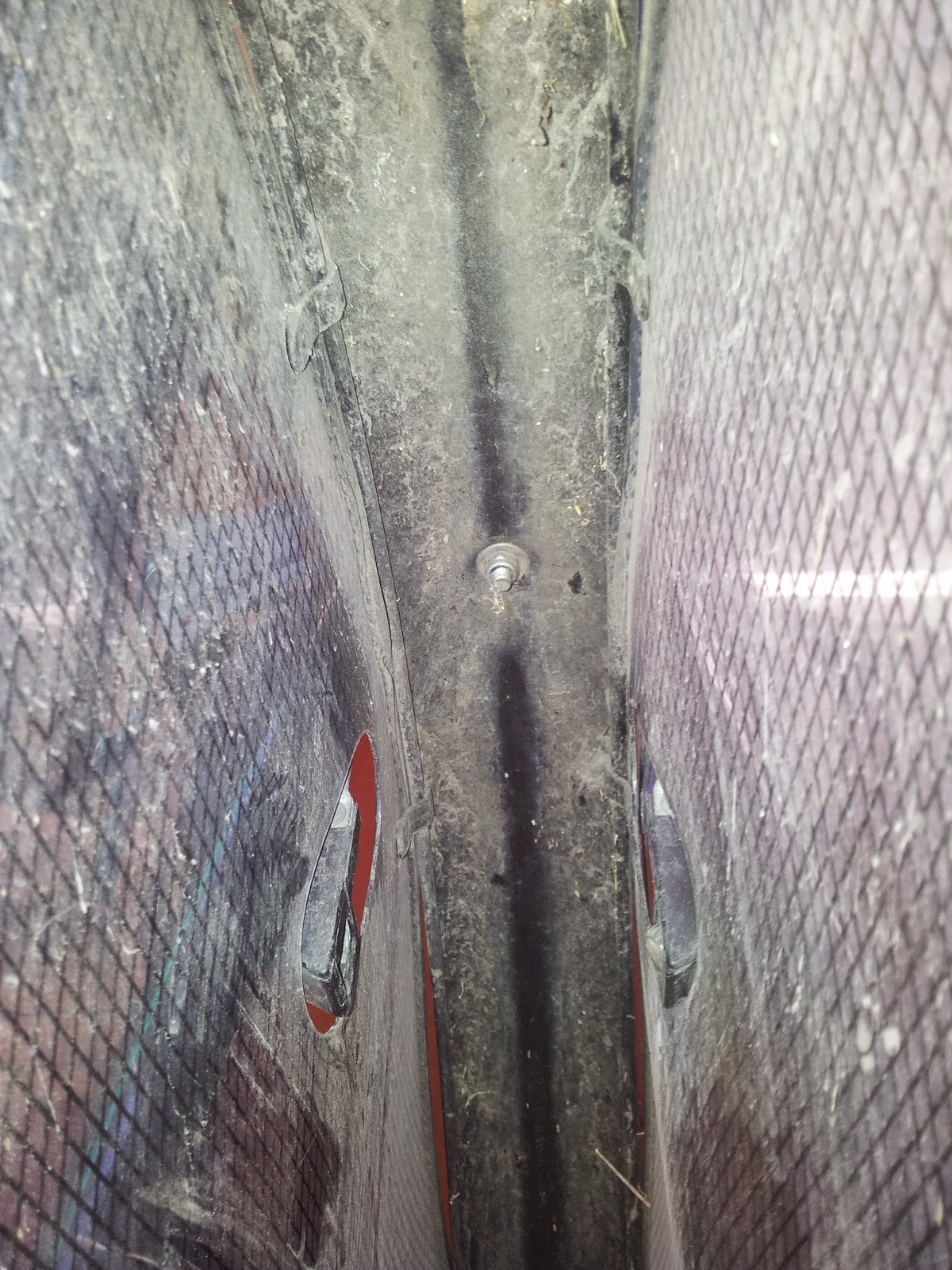 Of course, to do that, I need to hold the top of the bolt that holds the mud-guard on still, so that it doesn't just spin with the lock nut.  This is in the same nasty little nook as the two lock-nuts I am trying to get out. 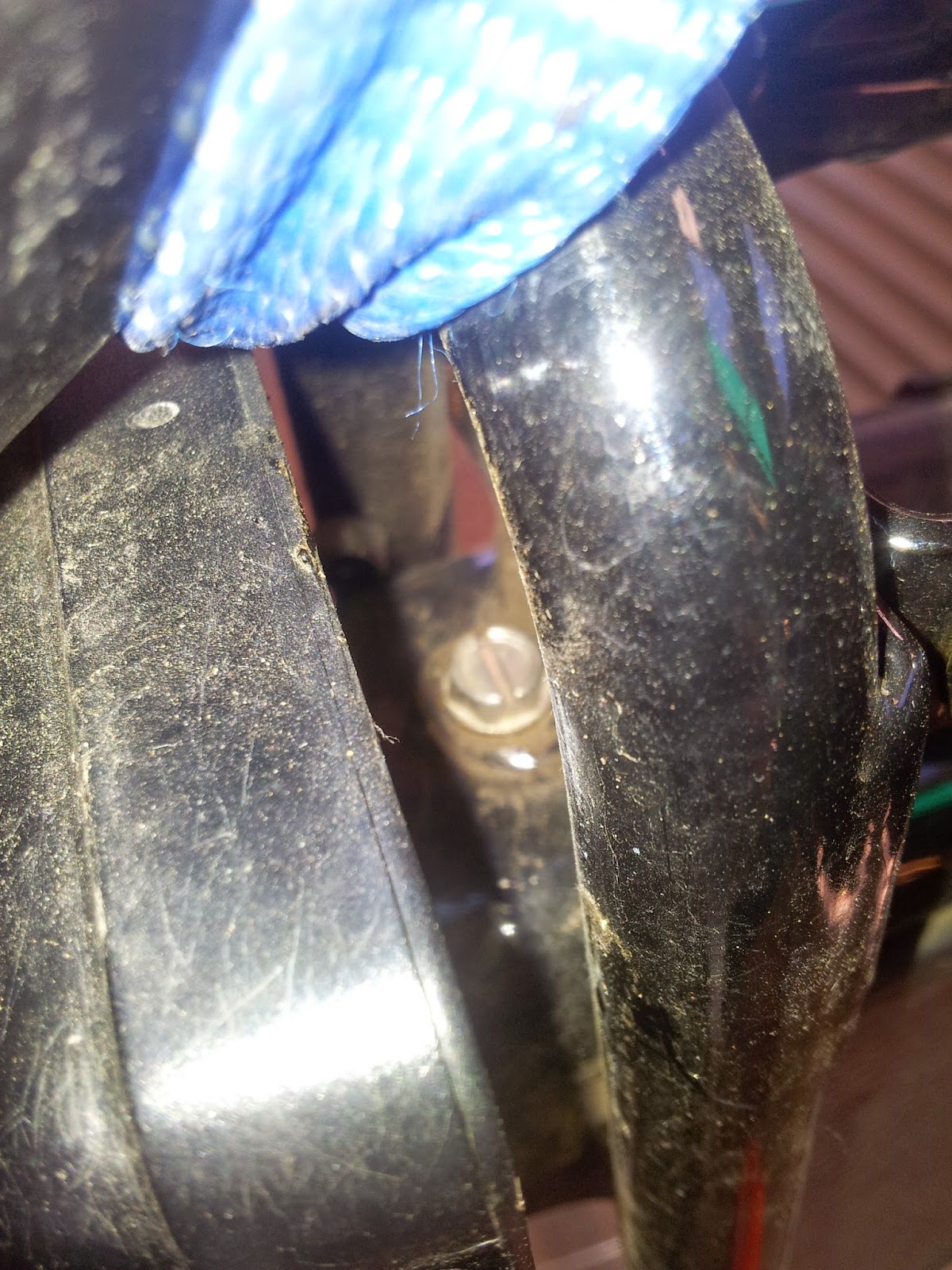 To get better access to that bolt head, I had to undo the arms that hold the mud-guard in position.  These needed to come out, anyway. 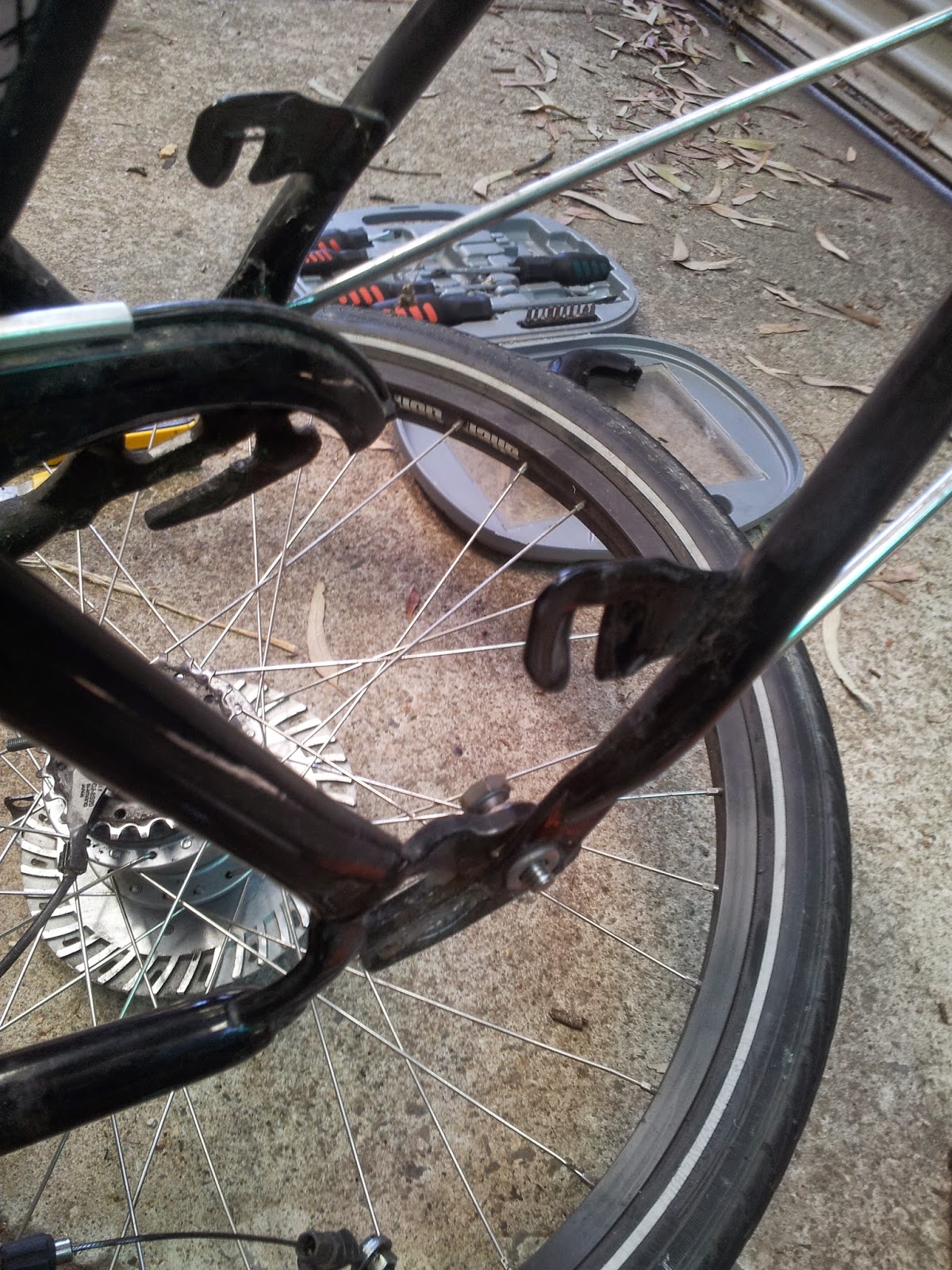 With that out the way, it turned out that I could get to those two nasty bolt-heads as well, so no need to actually remove the mud-guard. 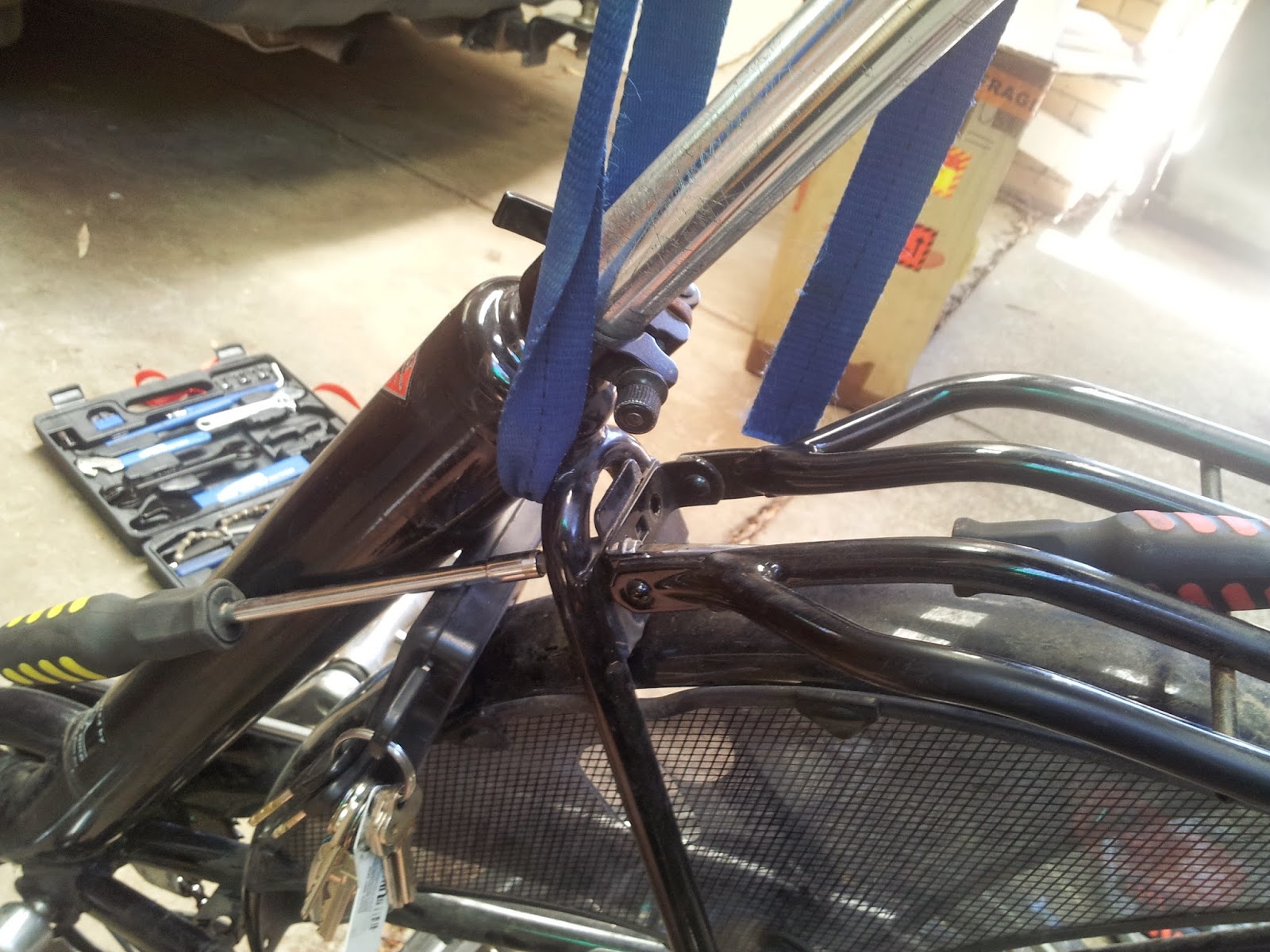 A few minutes later I had the rear rack off the bike, and could start working on getting the right crank-arm off.  This just requires a 14mm socket and crank-puller. 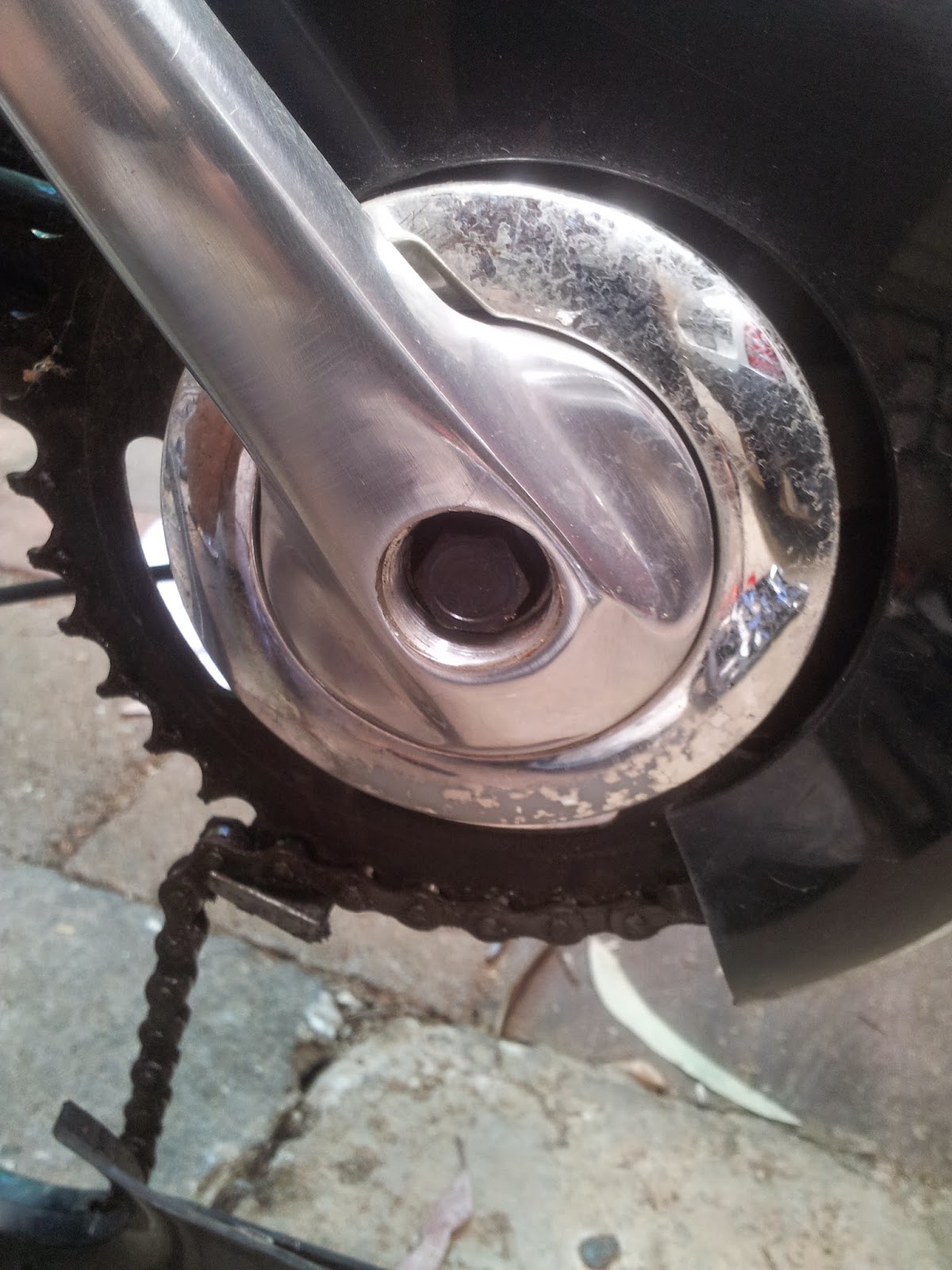 Soon I was at this point, with the magnets (black wheel with shiny spots on ground), and the sensor itself (silver ring with red sensor part and wires on the ground). 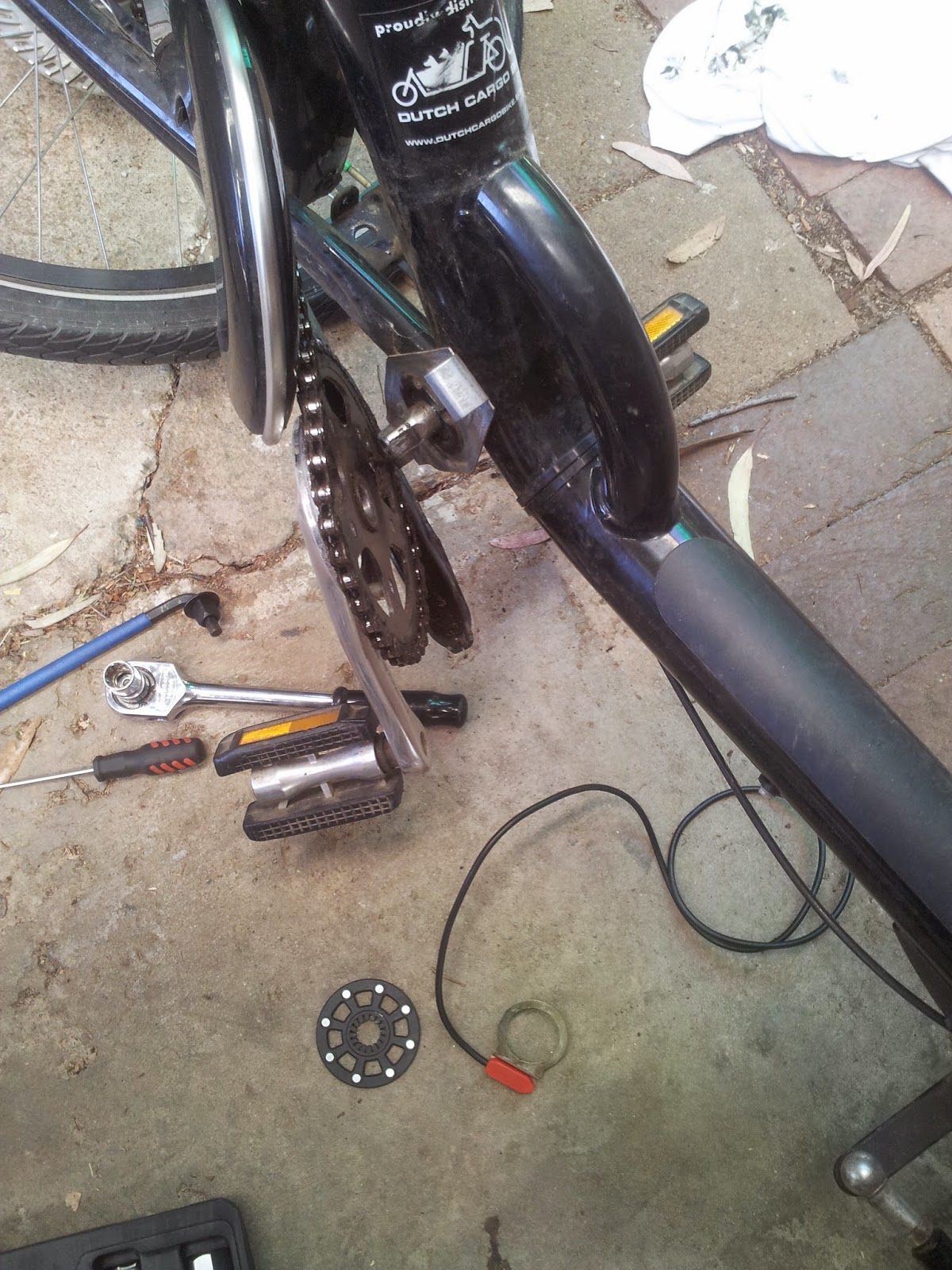 Now I need to figure out exactly how they go on, as there doesn't seem to be any obvious way that the red sensor attaches.
Posted by Paul Gardner-Stephen at 8:06 PM